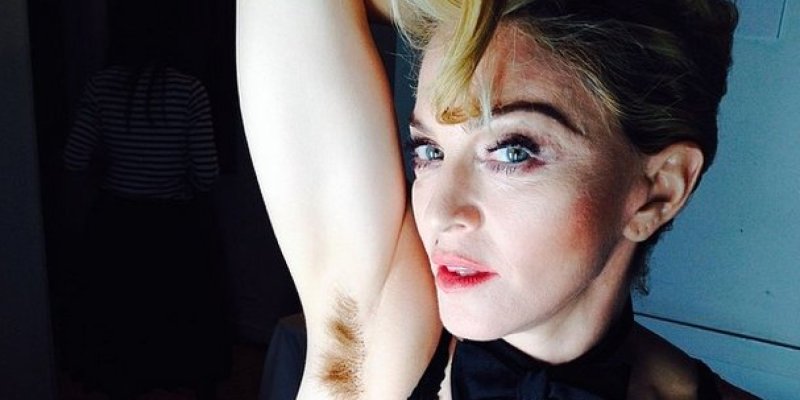 Wait, Madonna caused controversy? Are we in the 1980’s?

So if you didn’t know, the interwebz got their collective panties in a bunch when Madonna altered images of Nelson Mandela, Martin Luther King, and Bob Marley to match he upcoming album. Each of the pictures were updated to have a black cord wrapped around the faces of each of these icons. Of course, America is known for over-correction and people became upset. Reactions ranged from people crying “racism” to others saying it’s wrong to use their images to sell albums.

She did the same thing with Marilyn Monroe, Frida Khalo, and even Jesus. For some reason, not a peep was heard from social media.

Smell that? It’s a double standard.

As a guy who many people identify as Black (though I think I’m going to stop using colors to refer to people as it’s pretty antiquated, don’t you think?), I really don’t see why some pictures are a problem and others aren’t. I get it; some of us are riding that politically correct bus until the wheels fall off. Good for them. But even the best intentions can be misguided. I mean, it’s Madonna. Pretentious as she may be, I don’t think there was any malice or evil villain-style hand wringing prior to the release of these photos.

You know, incidents like this have brought me to a couple conclusions:

Whatever. I’m going to go out on a limb here and just say everyone needs to relax and pick their battles. There are much bigger and more powerful people who are doing more bigoted and self-serving things. Madonna is just an easier and more accessible target. I guess some people will settle for shooting fish in a barrel instead of going out to capture that white whale.

So I want to start profiling talented people of which I’m a fan. I’m starting this with my “Artist of the Week” series.

Asher Roth made his entrance into the hip hop scene with his hit, “I Love College.” The ode to frat parties and college chicks was a success, but in some ways it pigeonholed this incredibly talented artist.

After the release of his first album, Asleep in the Bread Aisle, Roth released a few mixtapes and EPs before debuting his second studio album, RetroHash. This album sees a much more mature Roth adventure into new territory over the production of Blended Babies. I’m not here to write a full review; just check it out for yourself! Below are three videos that sum up Asher Roth’s recent journey. They represent escape, ego death, and transformation respectively.