I’m prepping to move to BlueHost!

When I first started this blog damn near a year ago (though I only really got into my groove in August 2014), I was a straight up noob/newb/n00b. So much so that I opted for WordPress hosting.

Will someone please think of the children?

It was a hasty move, no doubt. One that killed me the moment I realized installing WordPress plug-ins wasn’t an option. They denied me all Dikembe Mutombo-style.

Sure, I found it silly that WordPress hosting didn’t allow for the installation of WordPress plug-ins, but I don’t have the time to poo poo my past decisions. “Live and learn” is what a bunch of smarter people who lived before me said. So yeah, I’m going to use that as my mantra here.

With the move and possible/probable redesign of the blog coming, I want to take the opportunity to also figure out the focus of this blog. Since I started this the focus of my blog has been pretty much like my attention span: unfocused. I wrote about earning money independently, meditation, social issues, religion, veganism, and Ninja Turtles. I’ve posted spoken word pieces, book excerpts, photography, recipes, music, and a ton of podcasts.

So I have an ambitious plan, one that I’m sure I’ll fail implementing. At least in the beginning. All I can do is keep trying to improve and see where I am another year from now. So here’s my crazy idea: I’m going to have a couple super-focused blogs that will be updated less frequently, but consistently nonetheless. Those posts will be reposted here along with original posts that focus mostly on positive living, creative writing, and my life experiences.

I’m fully aware that all signs say I’m going to face plant like a mofo trying to do this, but I’m going to give it a shot anyway. Aim high, try hard, and I’ll at least land somewhere between failure and success. 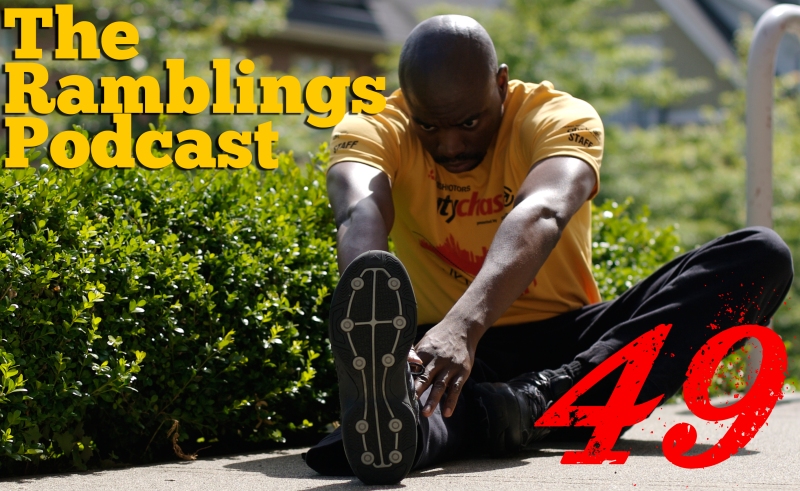 The Ramblings Podcast is back and this time I have a new guest! Fitness and nutrition blogger and friend Susan Cabezas hops on the mic for the first time as we discuss healthy eating, working out, blogging, and vlogging. All topped off with a light sprinkling of rambling. Delicious. Check out Susan’s blog (http://www.workinonmyfitness.com) and her brand spanking new YouTube page (https://www.youtube.com/susanjcabezas)! 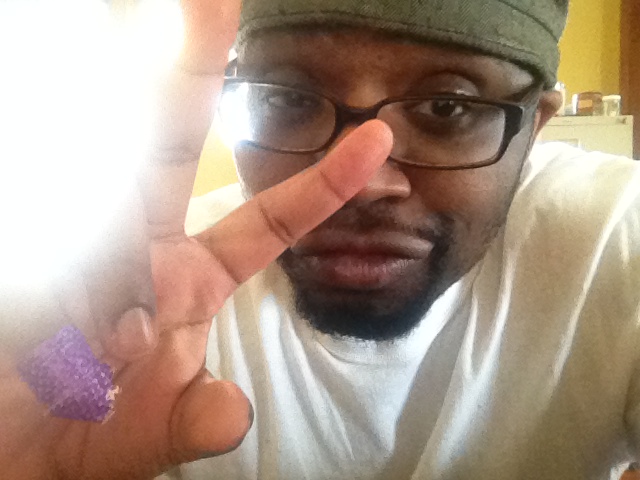 I’m a blogger. I kind of feel like that’s the writer version of an attractive woman saying she’s a model. I’ve seen models at church runway shows. On YouTube, of course, because I might just spontaneously combust should I dare step into the lord’s house. Sex before marriage is still a sin, right?

Anywho, I started blogging back in May of last year, but I slacked immensely when it came to effort. I would basically post something once every two weeks, which means I was more of a guy who had a blog as opposed to an actual blogger.

I don’t know what changed, but sometime in August, I went full gusto and began blogging (and in some cases, over-blogging) consistently. I had a schedule. I started podcasting. I had recurring posts. I had… a limited audience.

Well, what in the H, E, double hockey sticks is that about? Don’t get me wrong; I largely do this because I love it. Writing is a passion of mine and I don’t think that’ll ever change. But I can’t lie, it’s a bit disheartening to put a ton of effort into something that only a small number of people enjoy. I’m only peaking at 100 visits per day, for Pete’s sake.

And that ain’t everyday, folks.

I’ve read a ton about how to create a successful blog and, truthfully, some of those tactics work. I know because I used them. However, I prefer writing about the things that I like to write about.

Huh? Were you waiting for me to answer my own question? I have no clue how to do it; I’ve only been blogging since August! Jeez, you people have such high expectations.

I believe in doing things smartly in order to grow, but I’m going to keep writing what I want to write. Sure, I want to build an audience, but it’s going to be on my terms. I was already doing this, but it’s time to loosen the shackles a little bit and toy with ideas I never executed due to self-imposed boundaries.

Whew, now that I have that out of my system, allow me to reintroduce myself. My name is Dre.

How much do you really know about analytics? Are you like me where you think knowing how many views/visitors/referrals you have makes any sort of difference to your growth? Well, the old me thought that way. The new me now realizes these are just numbers and hold little to no weight on their own. After a little self-learnin’ these are some quick and dirty analytics tips to give some new bloggers an idea of how to grow their site. Hell, this is useful in general when it comes to websites.

Do you see how powerful this is? It may not be the most fun aspect of blogging (it certainly isn’t for me), but it’s vital for growth. Of course, not all bloggers have growth in mind. If you’re doing this for the art of writing, more power to you. I personally want to make this my living so this is definitely important to my future. I hope I helped some of you on your path.

Previously: Not Hosting WordPress Yourself

When I first started my blog, I wanted it online as quickly as possible, not taking future growth into consideration. So I signed up for a blog on wordpress.com and forked over $99 just so I could use my own domain.

This is what is classically known as a noob move.

Hosting your blog on wordpress.com is a surefire way to not have your blog grow. Not in the way you’re envisioning anyway. You can’t take advantage of plugins and things like Google Analytics and ad referrals become more nigh impossible.

So my next investment is going to be a hosting plan with a different company and install WordPress myself. I almost jumped at BlueHost, but I read enough negative comments for me to do more research. Anyway, I know this sounds like such an obvious thing, but I bet many people only consider this after they’ve started.

Don’t be me. Host WordPress yourself.

Now that 2015 is here, I figure I may as well kick off this new calendar year with some changes to my blog schedules. My first big change is The Ramblings Podcast will be once a week on Mondays now. I’m also adding a new life coaching podcast I’ll be posting on Wednesdays. This will replace the 2nd weekly episode of The Ramblings Podcast. There are other new post types, but the biggest change is 3pm ET will be used for experimental posts that may or may not become regular features Check out the full schedule below!

SUNDAY
9am ET: Positivity of the Week – I did a horrible job of consistently posting this. I’m getting back on my game.

THURSDAY
11am ET: Vlog
12pm ET: The Dream Chaser Project – My girlfriend and I want to explore the world and share our lives together. These posts will track our journey to making that happen.
1pm ET: Daily Opinion
2pm ET: Essay – A long-form piece about… whatever I feel like writing!

FRIDAY
11am ET: The Gibbler Podcast – Television podcast
12pm ET: Friday Procrastination Links – I also sucked at posting this one. Let’s give it another go!
1pm ET: Daily Opinion
2pm ET: Lesson of the Week

My parents sent me to Catholic school after I got in trouble for talking too much in class. I suppose I should be grateful; my father wanted to send me to military school instead.

The other perk of having some old school Jamaican parents was being sent to Baptist Sunday school.

Oddly enough, they never actually baptized me. Maybe I didn’t bear the mark of original sin.

I remember those Sunday school classes being downright torture. I sat and listened to a woman read the BIBLE. Silence isn’t as boring as that. This isn’t knocking the holy book or anything. All I’m saying is outside of the major stories everyone knows, the Bible is a total snoozefest.

Back then, I remembered being scared as hell of… er… hell. Fire and brimstone forever? Screw that. I accidentally touched a hot iron back then. I couldn’t imagine that feeling FOREVER. I’d sooner endure an eternity of Sunday school.

But make no mistake about it; I’d have to think long and hard about that one.

Continue reading “Essay: The Day I Admitted My Feelings for God”